A few fish faces for your Friday

Images from the Bommie

Some new Mucky Pirates Bay pics from the lovely Miss Giovanna Fasanelli. Thanks for them and for showing me stuff I haven’t seen before such as Acoel flatworms, which I didn’t even realise were worms till you made them move.

I really need to read more 🙂

Sea Squirt on the Jetty 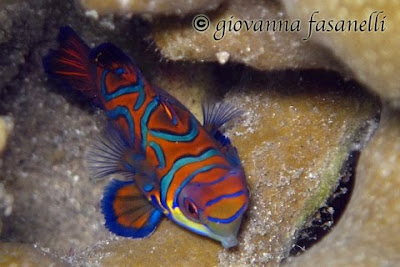 & Finally the legendary upsidedown jellyfish crab
Again thanks for sharing a look forward to critter hunting with you again sometime soon.

Yet another photographically inclined member of our ever expanding Sea Rovers Brethren has left us some memories to post.

Decorator crabs are always weird things, but here in Sea Rovers own ‘Mucky Pirates Bay’ we do extra wierd. This, one of many, uses one of our resident upside down jellyfish as a cunning disguise.

A friendly little Octopus on one of Dan’s night dives provided a nice pose.

This Octopus decided to stretch out and go for a wonder.

Lionfish gliding in amongst the corals, nice warm colours on this one.

And finally looking from stern to bows, ‘Canyon Wreck’ shows us her Booty 🙂
Nice Photo’s Dan, look forward to seeing more on your next trip out.