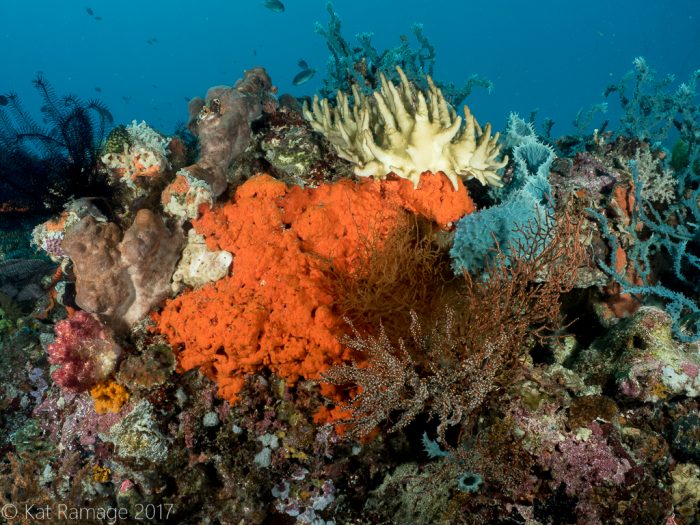 First shot of the dive–(decent composition, good exposure) sometimes I surprise myself

Dive guide Edy was tasked today with finding interesting subjects for 2 underwater photographers (Dave from London, and the photo wench) at Menjangan. Our first dive was at Box Reef, and the current was strong–both Dave & I tucked in our cameras and drifted along. Eventually, the current lessened and strobes started firing. I took the opportunity to frame both of them against the lovely wall for a couple of portrait shots. 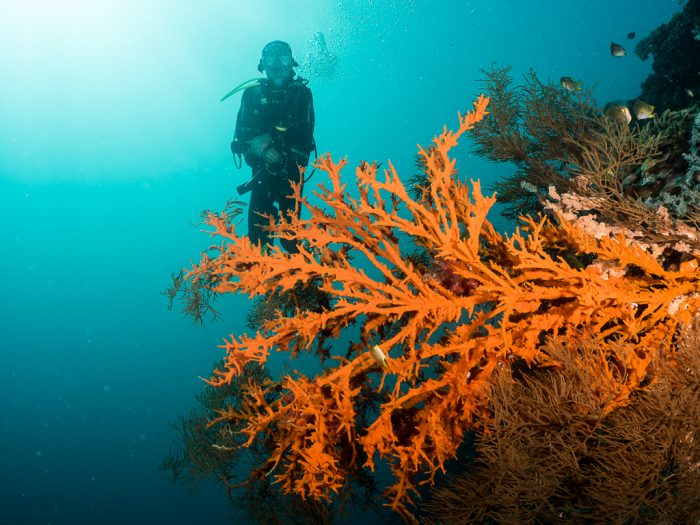 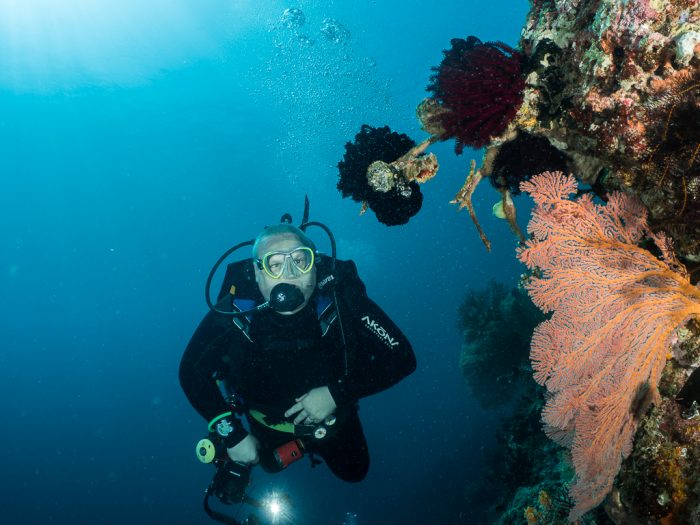 After a surface interval including drinks and lunch, our second dive was at Mangrove. This was a much more relaxed dive with little current, great visibility and lots to see. I spent much of the dive trying to get a shot of a lone bumphead parrotfish who would have nothing to do with me–camera-shy I guess. So, after fighting with a subject that’s so uncooperative, it’s always nice to find a lovely anemone filled with false clownfish–always a crowd-pleaser and a great way to end a 73-minute dive. 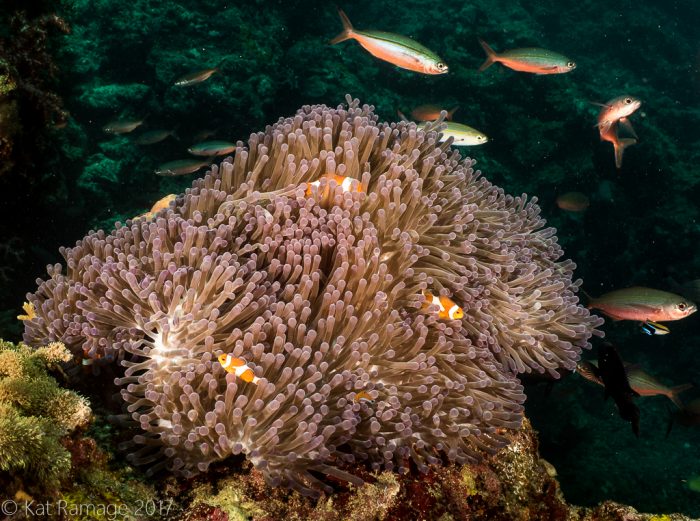 There was lots of activity at this purple anemone.

Today is a good day to Dive! (Or snorkel even) 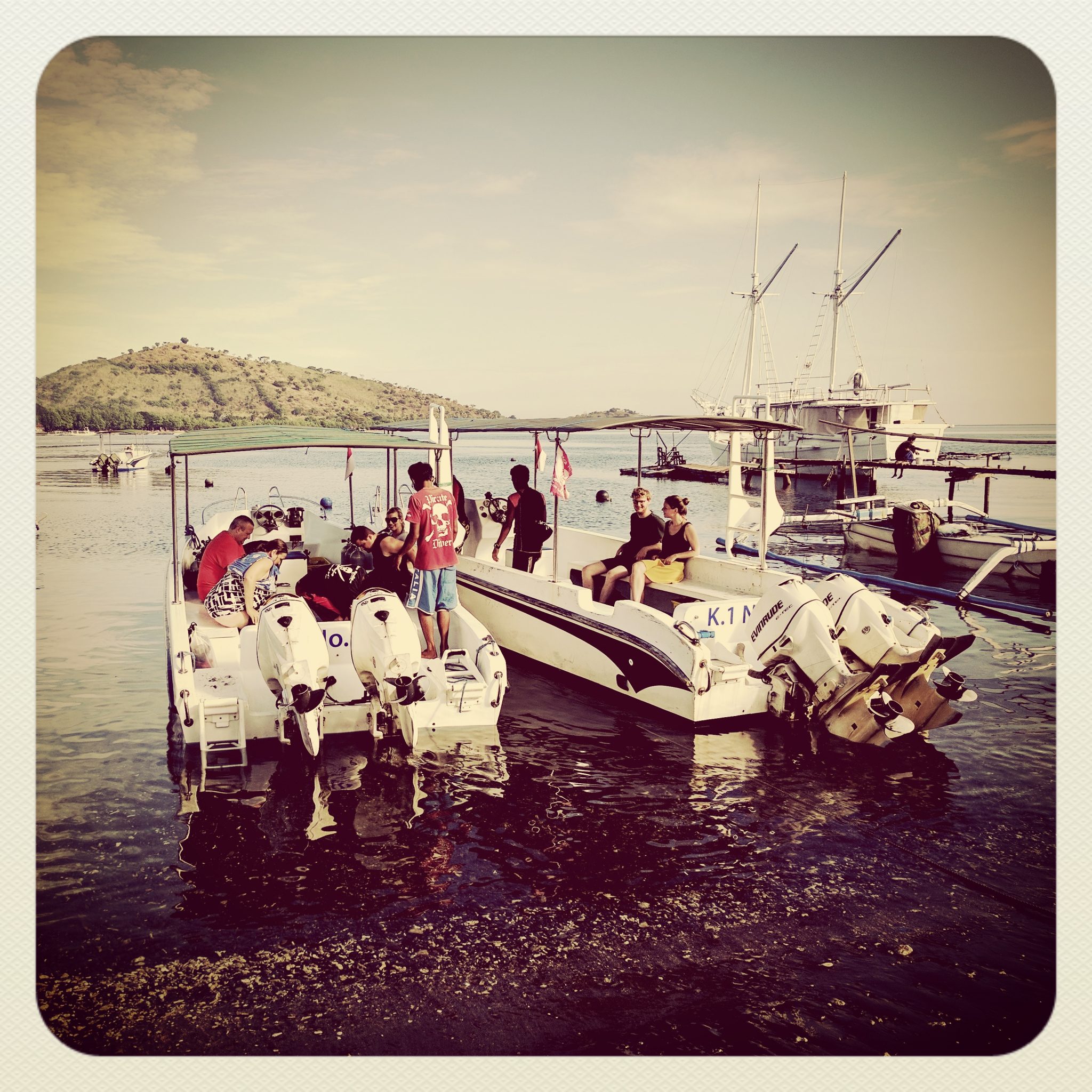 Early morning depature direct from Pemuteran Bay to Menjangan Island, with nothing but calm seas, blue skies between us and there. This is part of what makes holidays special. 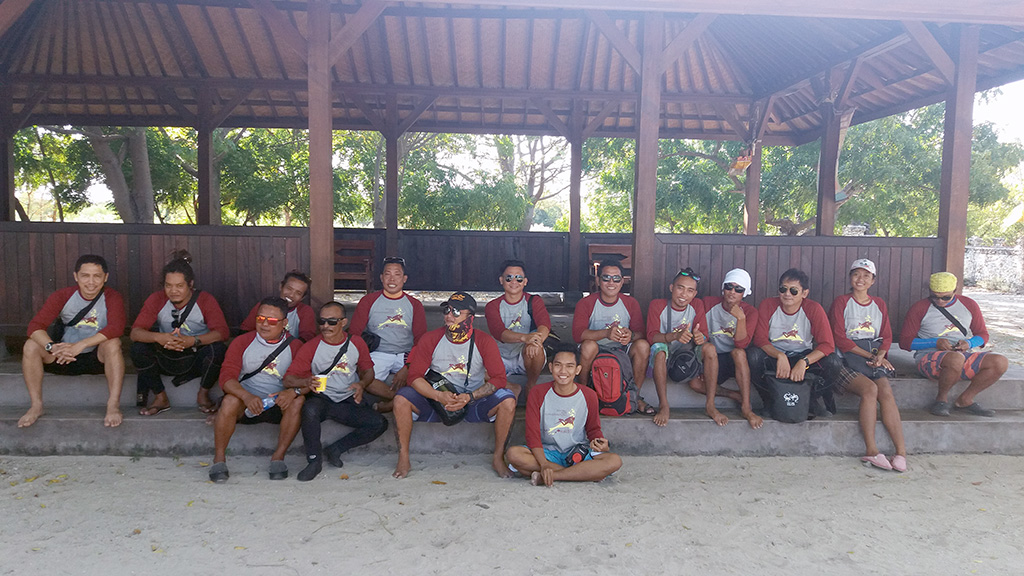 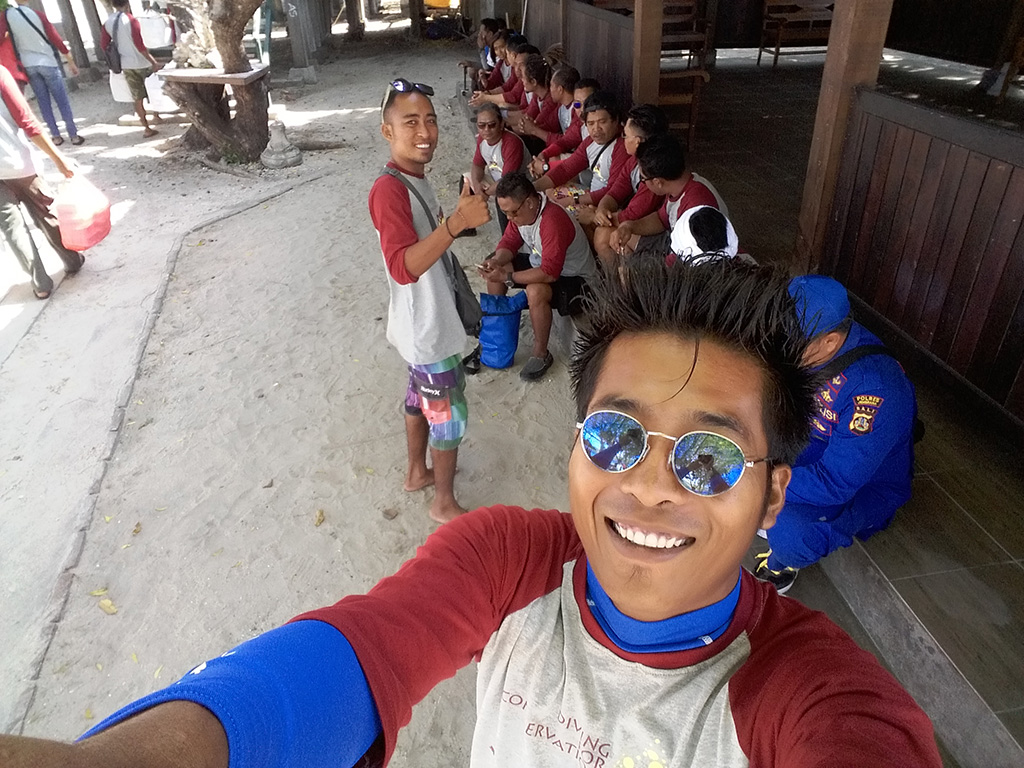 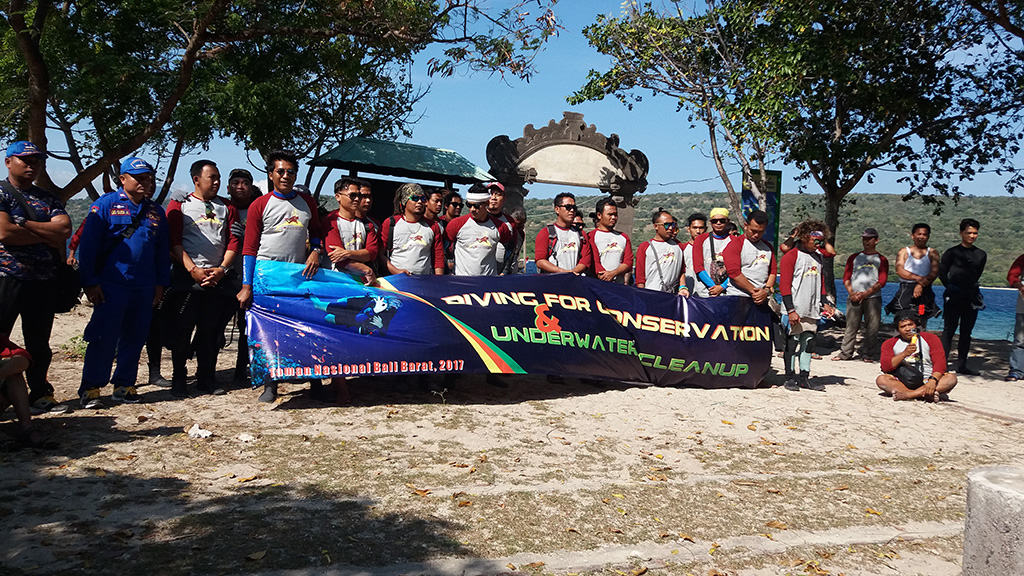 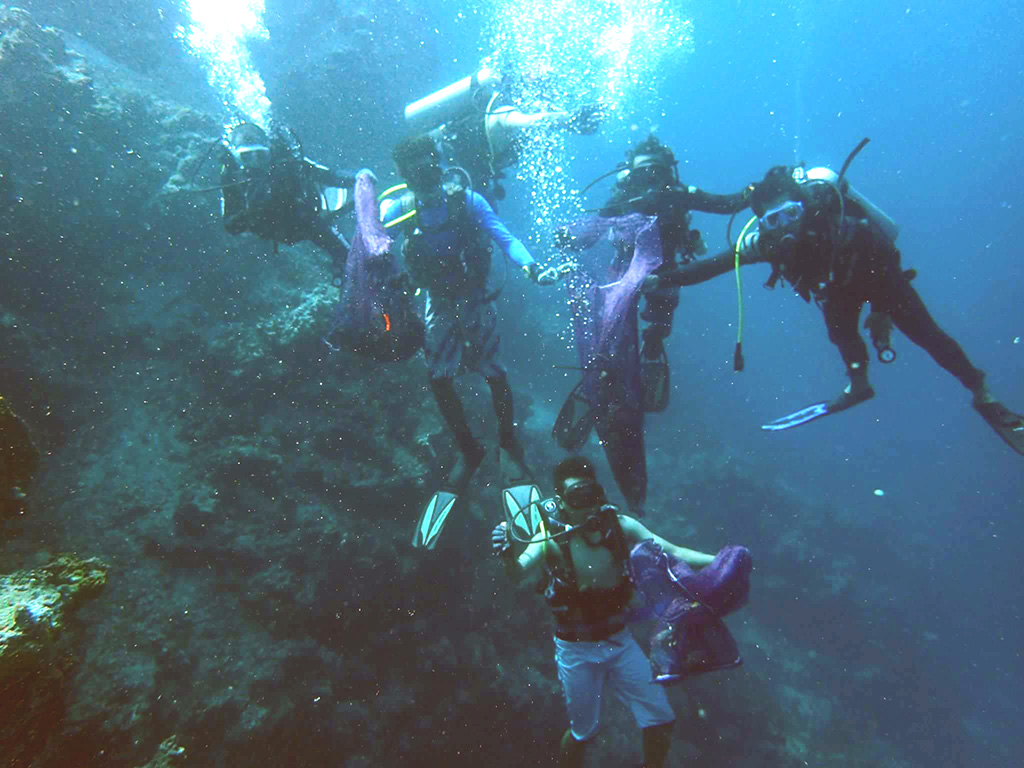 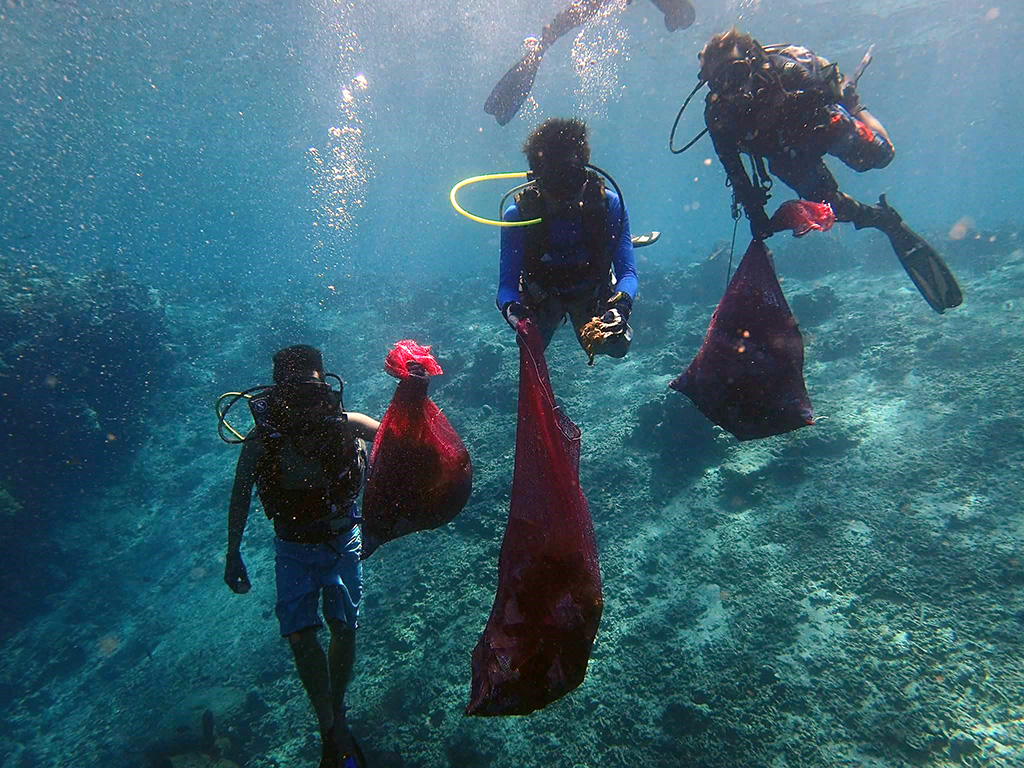 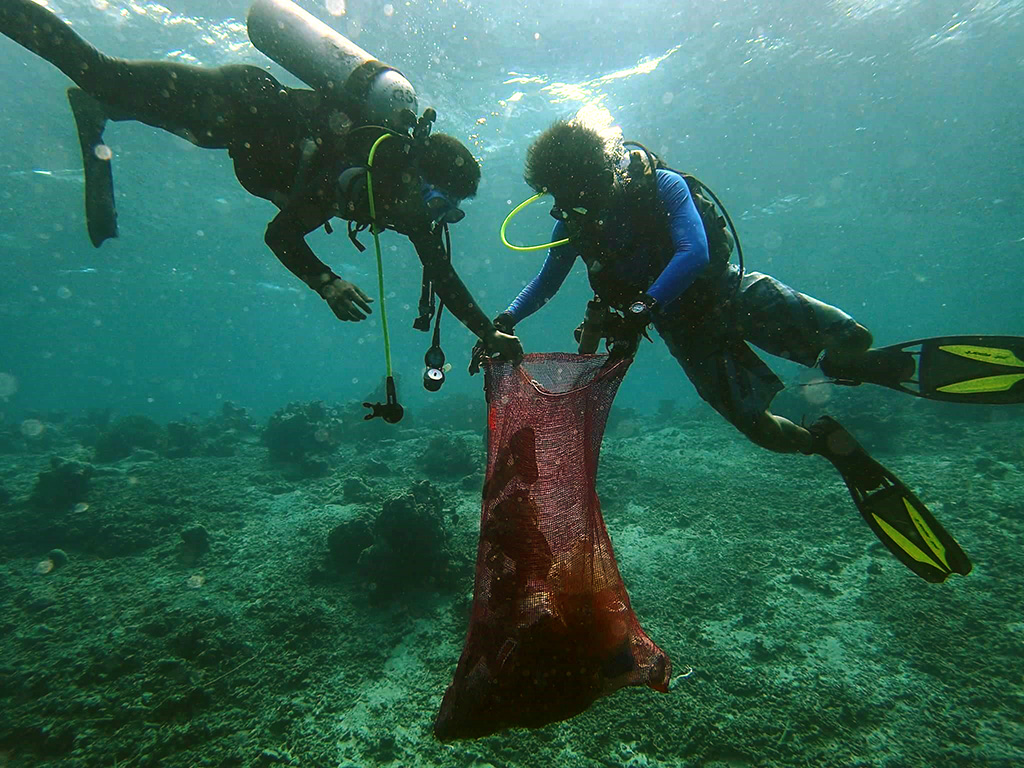 Sunday at West Bali National Park a team of 60 divers (Sea Rovers included) assembled to collect the plastic waste that had got stuck on the reefs around Menjangan island.

Apparently a whopping 128 kilograms of plastic waste was removed from around Menjangan Island in West Bali National Park over this weekend.

Most the waste was food and drink plastic packaging. The rubbish was collected and transported off Menjangan Island by boat at the end of the day.

“Within an average week, the total amount of garbage transported out of Menjangan reaches approximately 300 kilograms which doesn’t even include the trash removed from the reef,” Tribun Bali.

Sad that much of the rubbish that tourist complain about also comes from the tourists doing the complaining. Sometimes directly and more often indirectly. Dispose of your waste wisely and use companies that do the same.

Here at Sea Rovers all our plastic bottles are collected for recycling, our lunchboxes are Tupperware style reusable and softdrinks come in glass bottles, which we own and just buy the refills for. A common practice here in Indonesia. As Pirates we wipe the with our t-shirts and drink from the bottles. No plastic straws for us!

So next time you’re at Menjangan Island and you see trash, do your bit. Pick it up and bring it back for proper disposal. Be part of the solution instead of mourning about it online.

One day at Menjangan–Eel Garden & Dreamland 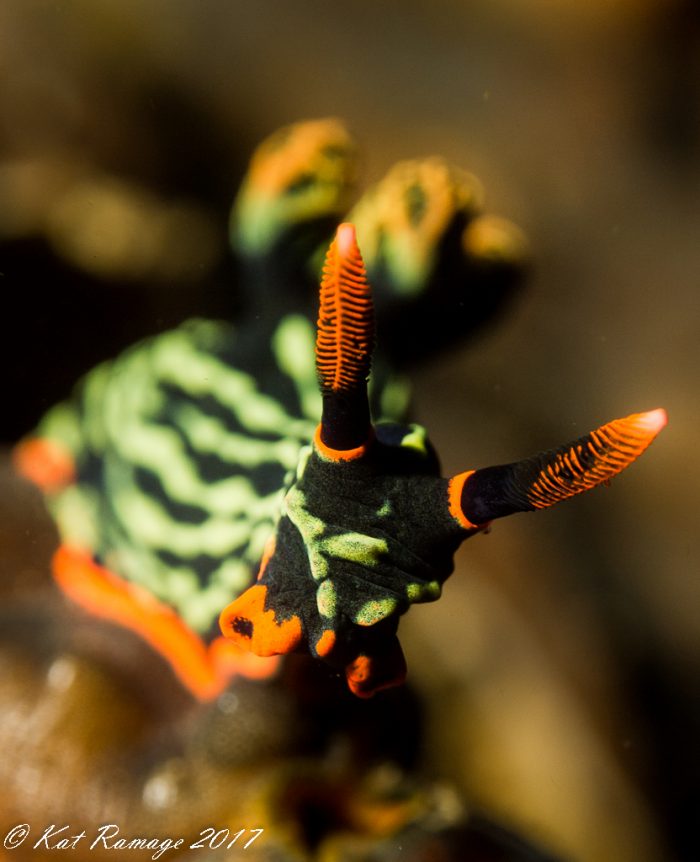 Menjangan Island isn’t just about dramatic walls–there are lots of other small critters to see there if you look (or stay close to the observant dive guides). All of these photos were shot on the same day. The Sea Rovers crew along with guide Edy took us to Eel Garden first, followed by Dreamland. Long dives (60+ minutes) at both sites offered many photographic subjects–here are some of the best shots. 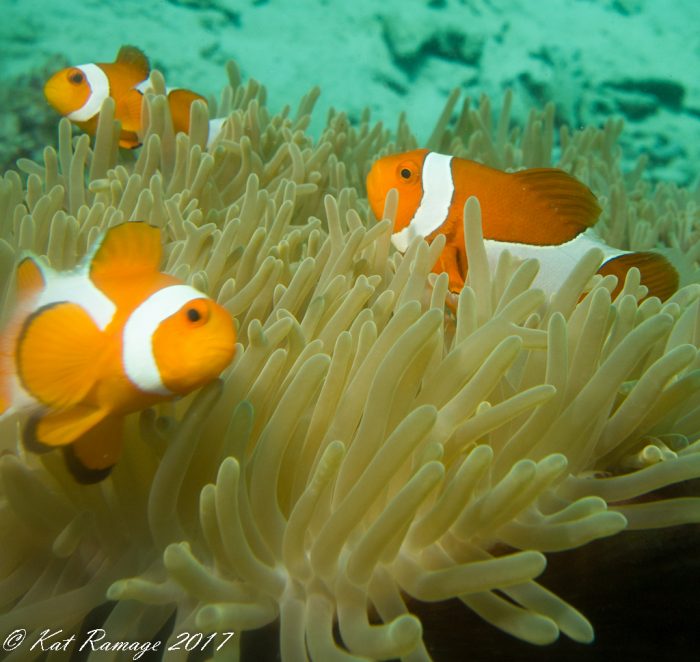 A trio of Nemo’s 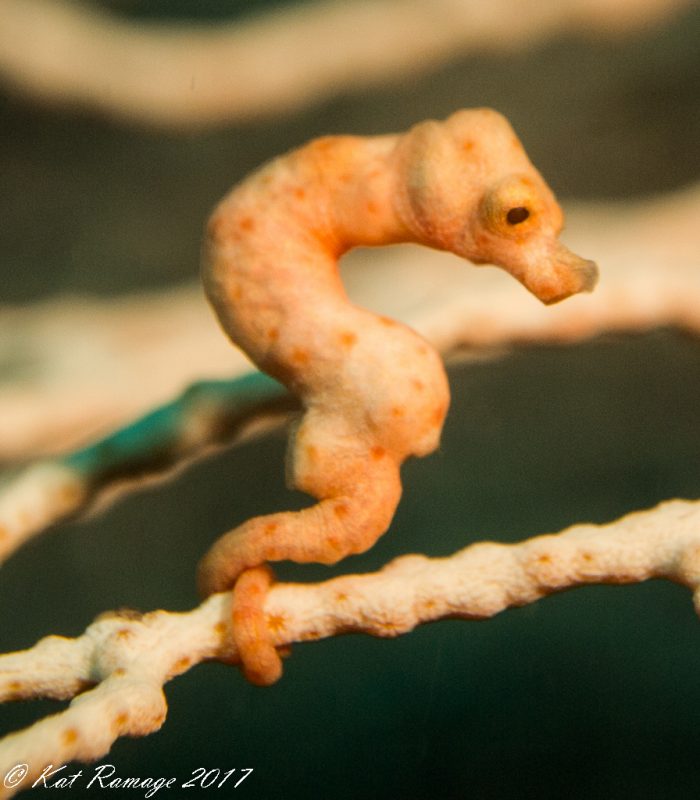 Is that a baby bump on this pygmy?

Giant frogfish waits patiently for dinner to swim by 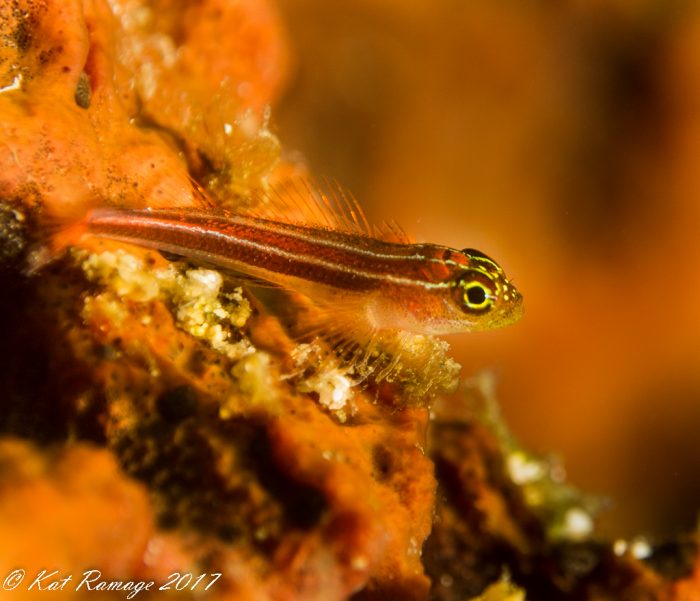 A striped triple-fin gobie perched on an orange sponge 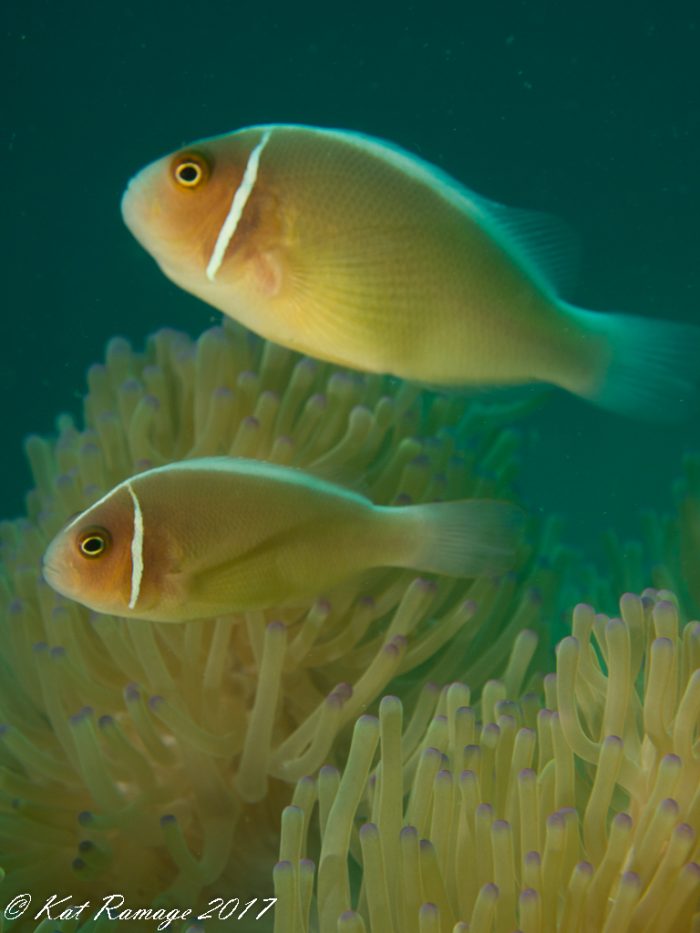 A pair of pink anemonefish above their purple-tipped anemone

Ann gains confidence and experience after a refresher course

by Kat Ramage | May 8, 2017 | Initiates Into the Brethren, Menjangan Island 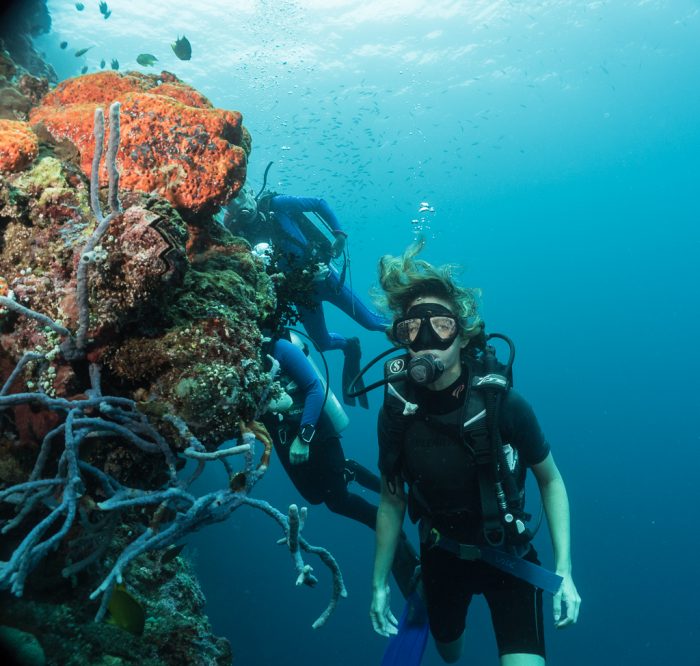 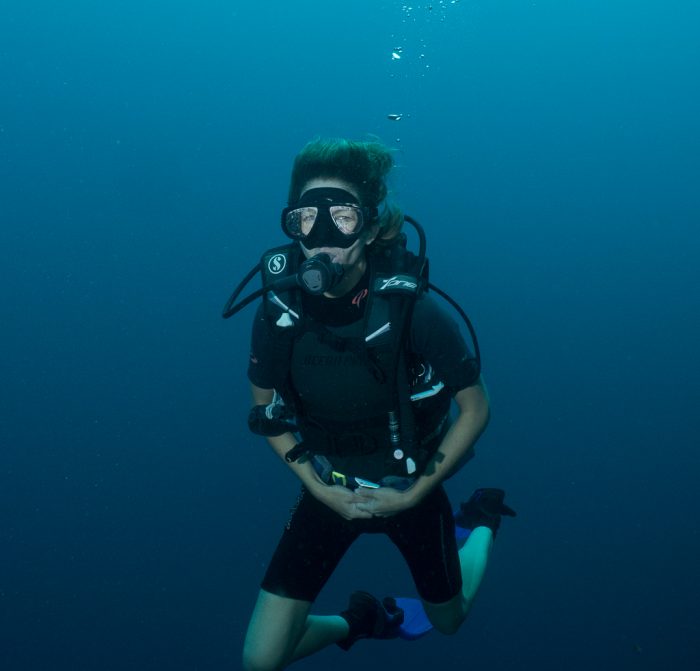 Ann came to Sea Rovers in NW Bali after getting her Open Water certification a few years ago. Since she didn’t have any diving experience beyond her OW class, she did a refresher course with instructor Wayan in Mucky Pirates Bay before continuing with her 3-day dive package that included diving in both Pemuteran Bay and Menjangan.  As you can see from the photos, her improved buoyancy skills allowed her to really enjoy the impressive wall dives at Dreamland and Pos II in Menjangan. Hope you will back to see us again soon, Ann, now that you are officially one of the Sea Rovers Brethren. 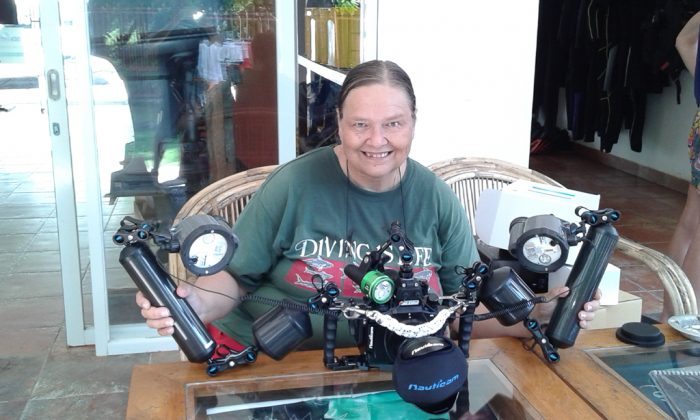 It’s better than Christmas and my birthday put together

With my new Olympus OM-D E5 Mark II system assembled, the first objective was to try some wide angle shots. The dramatic walls of Menjangan (sites Dreamland and Pos II Belok Kiri) would be the camera’s baptism, and the trusty pirate crew at Sea Rovers eyed this new camera with much skepticism–not sure they had seen a system this large (and heavy) in awhile. But as always, they smiled and provided their trademark great service as they carried the massive load onto the boat.

Shooting wide angle is really challenging for me. My previous system didn’t have a true wide angle lens and therefore didn’t take great scenic shots. Now I had to dig into the recesses of my memory to remember wide angle basics–find a specific subject within the lushness of the reef, balance the strobe light with the sunlight, and shoot upward. Can’t say I did a great job, but I can no longer blame the camera for any less-than-stellar results.

In the next post, I’ll share the first macro and supermacro images taken with the new camera. 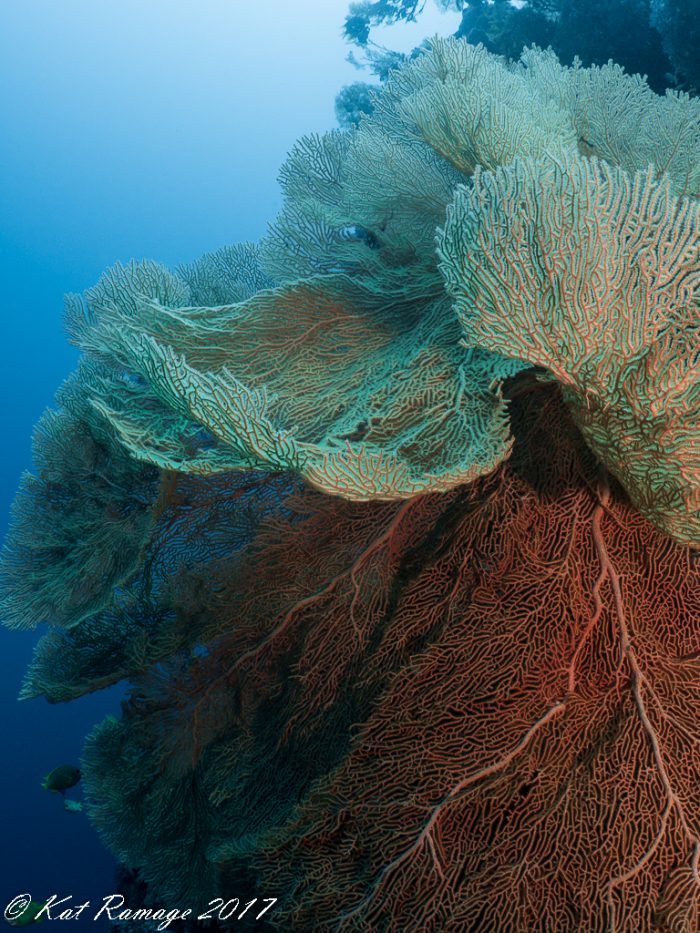 This was the first subject I tried to shoot. 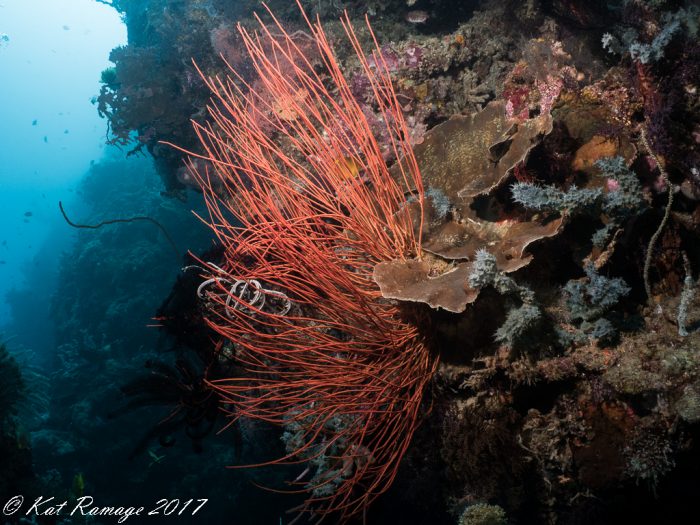 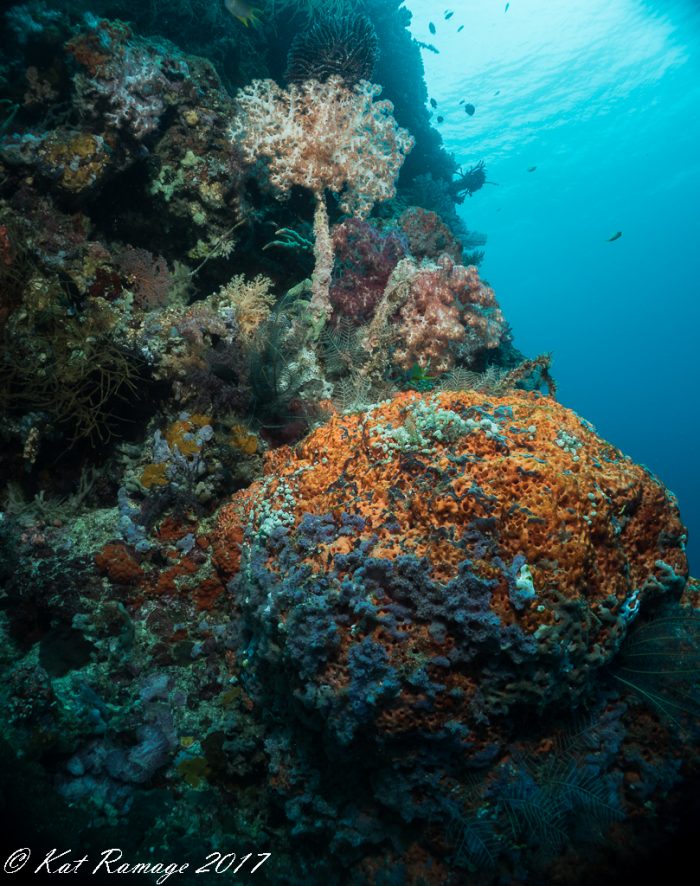 There were orange sponges everywhere on Pos II Belok Kiri